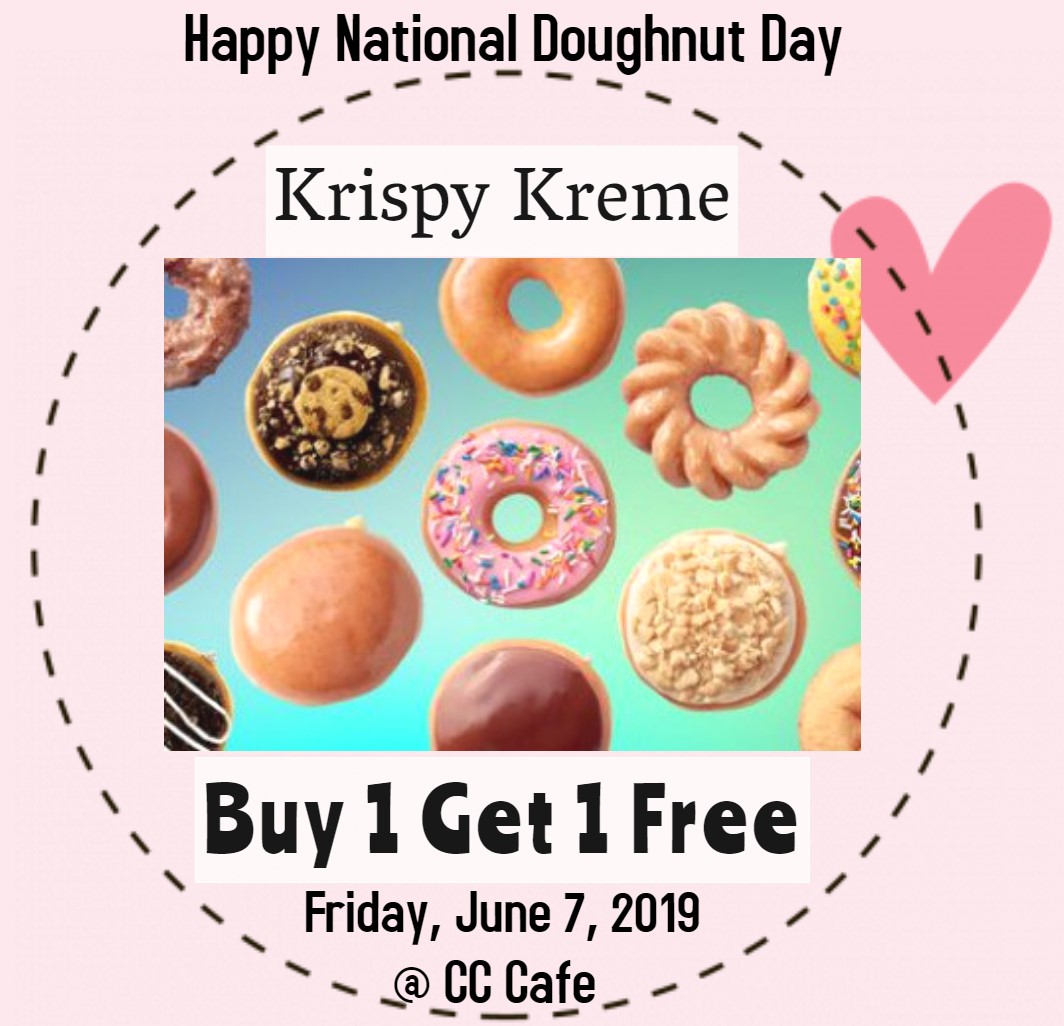 Want to celebrate National Donut Day in style? We’ve got you covered.

On Friday, June 7th, it’s Buy 1 Get 1 Free Doughnut while supplies last at the Crescent Cafe.

National Doughnut Day has been celebrated in the U.S. since 1938—that’s roughly 81 years! The holiday occurs on the first Friday of every June and surprisingly, its origin goes back to World War I.

When the U.S. joined the first World War in 1917, The Salvation Army sent about 250 volunteers to France. To boost morale, they bravely handed out fresh baked goods to soldiers on the front lines from huts built into abandoned buildings. Two volunteers however, Margaret Sheldon and Helen Purviance, came up with the idea to serve doughnuts. The doughnuts were a hit and the all-female volunteer group became known as the “doughgirls” or “doughnut lassies.”

Then, in 1938, the Chicago branch of The Salvation Army launched National Doughnut Day as a fundraiser for the organization and in part, to bring awareness to the organization’s work in the community—namely the women in the war. When World War II began the following year, the Red Cross continued the doughnut-serving tradition overseas.

Back then, traditional doughnuts were the standard, but today, the most ordered doughnuts in the U.S. are surprisingly doughnut holes, according to GrubHub. But no matter which type of doughnut you plan to celebrate with this Friday, keep these women in mind and check out the slideshow above for how to get one for free.

Sorry, the comment form is closed at this time.

Would you like to host your event on your premise? Please fill the form below.

Please download the catering request document by clicking on the button below.

Select your choices on the document and upload using the form provided below.

Theme of your choice